Got two pairs of the Top Secret sticks today.

Feel better to me than the Hardimon Corpsmasters that I've had pretty much since they came out.

Has a lot to do with the thinner paint that still lets you feel the wood grain and isn't so slick. 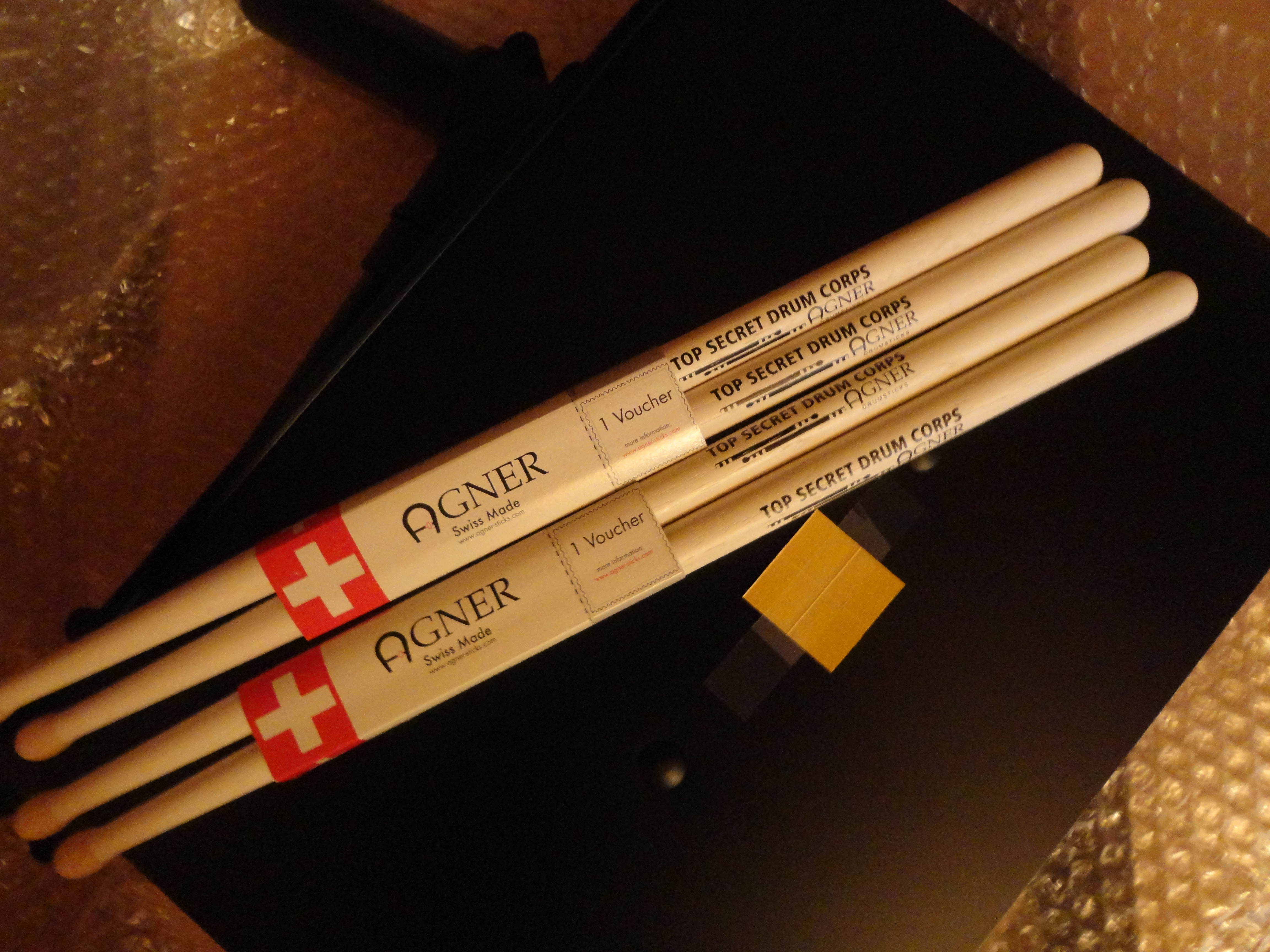 Haven't tried that many different types. It's these two in addition to whatever is available from their preferred retailer when I start working at a new place. These are definetly my favourites thus far. Feeling pretty much like home except they happen to be white. Cost less, too.

Under is my new(first) laptop stand which is just about 10 years too late, or so.
Top

You and me both then.

I had a couple of gigs whn I moved home 6 years ago, but I haven't really practice guitar at all for 8-9 years.

I pretty much started again today. With the alto sax to, which I haven't really used since I bought it 3 years ago. It's all started again, but we'll see how much I get done. It will take years to get back in shape on all my instruments. Don't even mention the tablas that I really never had the time to get good on at all. My weekly thing here at home isn't purely political it s also a sort of not having more fun than yo make yourself type of thing. At least I have a gig every Saturday. I'll switch to the cajon next time.

Anyway. I have my electric at home and acoustic in the drum shed. It's partly because I want to put together a set list to sing and play guitar in various places including the old people's home where my mom is now. Have no idea how long she'll be with us as things are really bad now. It's sadly almost in funeral planning mode and I've decided I'll play Andrew York's "Home" for her when that day comes.

Don't relate that much to the guitar anymore, but at least it's fun for a little while before I hit the pads again.

The psending only of otdoor gear period is sort of over. I finally play music again. A little bit. No big shelø packs in the future, but the Farmer bass drum and eventual kit + some sort of electronic thing like Wavedrum or Handsonic would be useful right now. Maybe some sort of small battery powered PA thingy, as that would make it easier to make these solo performances more interesting. I'll probably be cutting it down to only teo hous of druming and then add a speech and/or sing a few songs in additon. A very loud Hendrix inspired version of our town song is also a plan.
Top

Merrill Conn wrote:Who's Who of Drumming for a worthy cause

Who's the guy with the "afro" kit?
Top

Odd-Arne Oseberg wrote:Who's the guy with the "afro" kit?

I'm going to plead ignorance here. There are quite a few I didn't recognize. Plus...I've watched the video multiple times, and I have yet to spot Vinnie. Has anybody seen him in the video?
When in doubt...roll.
Top

I must admit, I'd never heard of Rob Reed before, and my first impression is that he's a full-blown Mike Oldfield clone.

BUT as this include him bringing Simon onboard, I had a listen, and Simon sounds good as always.
It does sound like a mock-Oldfield track. What a unique voice on the drums, Simon has.

Has anyone heard the new Steely Dan and Donald Fagen Live albums? Carlock sounds great on them. I think they've 'fixed' Donald's voice on the recording, because I've never seen a YT video with him singing in tune.


Also Keith kills on this!

I love that Mike Oldfield sound, we need more of it. That brand of British prog is interesting in many ways. It can be overwrought, but some drama is nice sometimes.

Users browsing this forum: No registered users and 18 guests